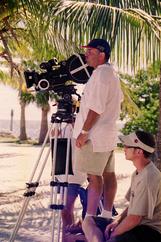 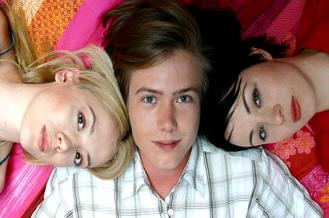 TO LOVE A WOMAN

“Naked Love is a sincere contemporary coming-of-age tale……The director is clearly in tune with his demographic, reconstructing seminal party moments with the experience of a seasoned university attendee…Naomi is beautifully vacuous as hippy-chic...
Dan brings warmth and sincerity, while Chris is perfect as his geeky mate…Most amusing however is the awkward landlord Phil whose antics punctuate the adolescent awkwardness of Dan’s encounters throughout the evening.” - FilmInk Magazine

“The director extracts lovely performances from his young cast - Dan is suitably awkward without being monosyllabic...and Jacq is a standout... she's really got something special. The ethereal Naomi floats around in cheesecloth skirts and very small singlet tops... inflaming the desires of everyone she comes into contact with….I really liked this - it's a nice change from the relentlessness of a lot of films we live through these days.”- ABC Radio

“You’ll get a hit of nostalgia from this Aussie coming-of-age film. The film is funny and entertaining. Its best parts are the fumbling first-love attempts by Daniel to win Naomi’s heart but the house party scenes are extremely funny, particularly when the flatmates’ landlord decides a drunken striptease is in order." - New Weekly Magazine

"A genuinely positive, youthful energy defines the vibe of student life in Brisbane… The intense pubescent awkwardness progresses to a nicely constructed, thoughtful picture of young people looking out for each other…Teen angst and depravity is tempered by an affirming world view, more eloquently conveyed than in most coming-of-age stories.”  - Empire Magazine

“An appealing ensemble of young performers peps up coming-of-age dramatics in Aussie teen pic Naked Love. Pic offers the refreshing sight of a teenage male with interest in the metaphysical as well as the physical… Built-in audience of young male and high schoolers who love this sort of movie should ensure great returns. “ - Variety

"An essentially truthful coming-of-age movie, evocatively set in Brisbane in summer. There are fine performances from a young cast.” - The Australian

“If you're up for some great escapism and a reminder of what it's like to yearn for the one you desire, Naked Love is a frangipani infused delight.”- Nightlife

"A magical story that confirms the strength of  goodness, family and friendship." - Sprockets.ca

“In years of reviewing, this is the most unique movie
I have seen!” -  Ted Baehr, Movie Guide

“An engaging story with gorgeous imagery!”
-The Miami Herald

‘Love of the heart and not of the flesh!”
- The New York Times

“The movie is a HIT! Reality with a twist of comic relief which leaves a sweet and pleasant taste!"
- Mia-Lopez Kebreau, Sakapfet.com

“With Café Au Lait, COMEDY  has been raised to a level not reached before!” - Dr. Gerard Ferere, Author

“George Jiha portrays in a WONDERFULLY AMUSING way in 100 minutes what many historians have been trying to do pompously and inaccurately in voluminous books for about 200 years or more.”- Carl Fombrun, Fombrun.com

"A humorous look at the sensitive social matter
that has often been cited as one of the obstacles
in the continuous crippling of our society...
A most astounding aspect of George Jiha's
film is his ability to cajole such great
performances out of this fresh-breed cast."
-Katheline St Fort, The Times

Quality entertainment for the Big and Small screens.